Plasma Ball with magnet/metal to activate!

(As an Amazon Associate I earn from qualifying purchases)

This could be one of my favorite props. In our case, players find a chess piece during the game. When the chess piece is placed in the correct position, the plasma ball lights up – players then need to hold the ball, chant a spell – and a magic door opens!

We saw a similar puzzle in Bangkok, in their case they had put the balls into dragon heads. When lit up, they looked amazing. They also placed a spell in their room. The reason – players tend to touch the ball, and when nothing really happens – they tend to leave it alone.

This prop has been solid as a rock, and we have been very happy with us. Players constantly rave about how cool it is that a spell opens a door, and this is a perfect way to incorporate it into your room. We are specifically using the version which required a magnet to activate, as we were worried that players may by chance place magnetic options near the sensor. The magnetic sensor is sensitive enough to detect the magnet we selected through the chess board, so it was a very easy installation. 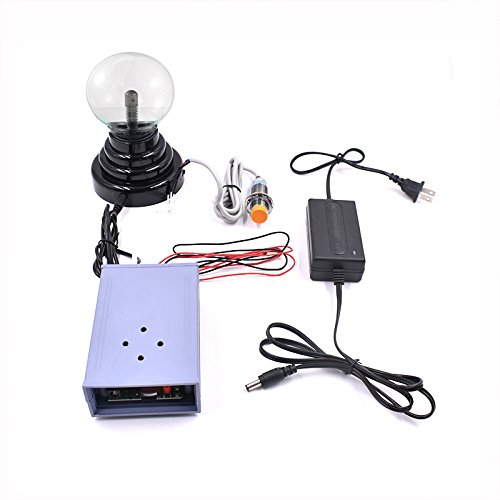 All the accessories needed were included, and wiring was a breeze. I was initially concerned that players may break the ball, as the glass would break – but it turned out that the plasma ball is made from very durable plastic. So as long as you mount the plasma ball so it cannot be dropped, there is very little chance the ball would break.

The prop is described as follows;

Related Articles
We will be happy to hear your thoughts

Escape Room Prop Reviews is an online review website. We own and operate our own escape room, and would like to share our feedback with other escape room owners who are looking for honest reviews.

Categories
Search
EscapeRoomPropReviews is a participant in the Amazon Services LLC Associates Program, an affiliate advertising program designed to provide a means for sites to earn advertising fees by advertising and linking to Amazon.com. Amazon and the Amazon logo are trademarks of Amazon.com, Inc. or its affiliates.